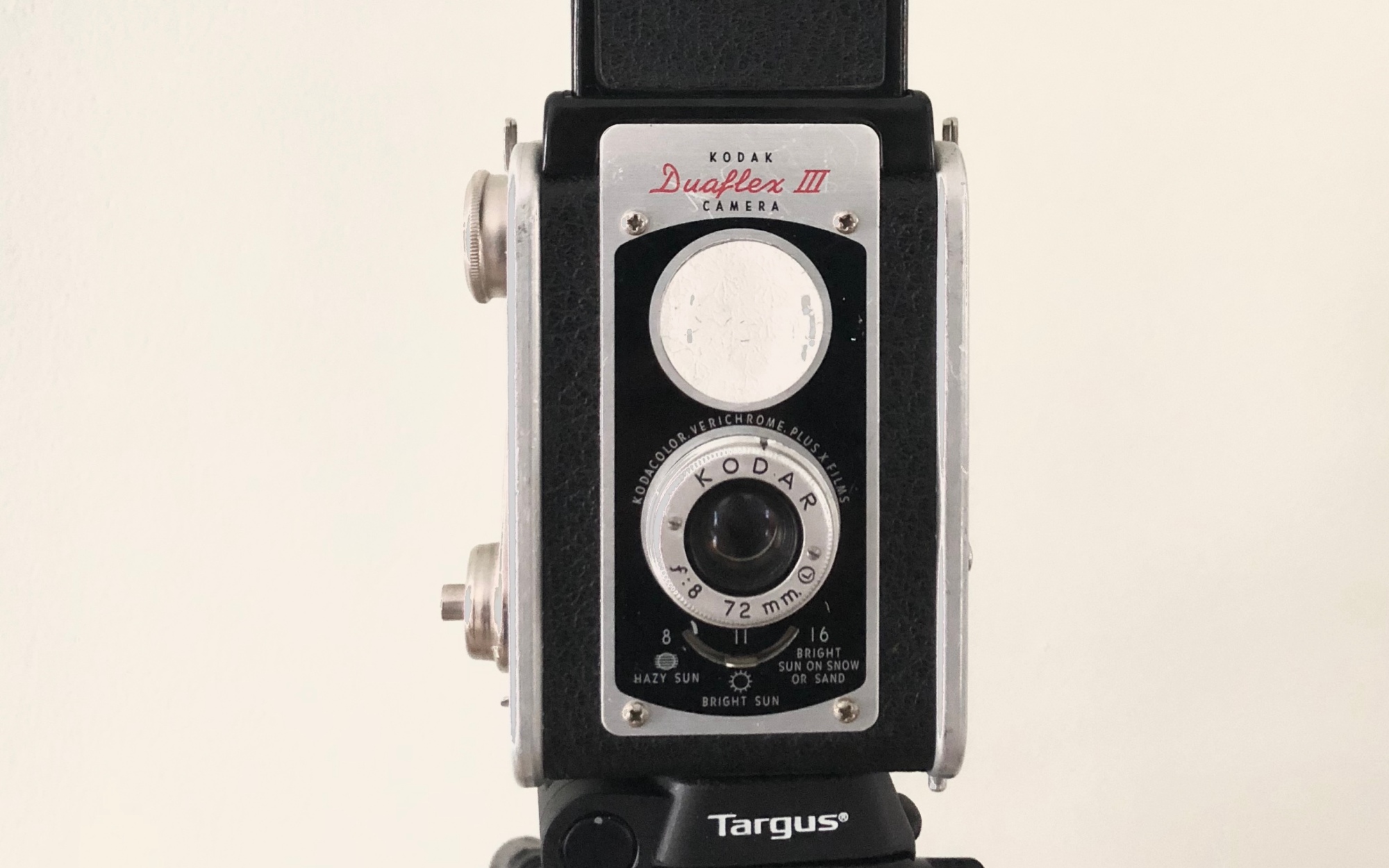 Several years ago a high school friend sent me a package of vintage cameras that she wasn’t using anymore. It was a hugely kind gesture and they quickly were added to my already growing shelf of vintage cameras. Then life happened and I never got back to find film for any of them.

The Duaflex was manufactured by Kodak and this version was produced between 1954-1957. It a cute box camera that is about as easy to use as a point and shoot camera and that’s exactly what it was intended for. Kodak isn’t making the film for it anymore (620 film), so it took me a while to find a place that manufactures a replica of 620 film. And then it still sat on a shelf not using it because I was a little intimidated by the old levers and the backward viewfinder but now that I’ve gotten over the intimidation I realize that it’s a sweet, little, simple machine.

The other day I shot 12 shots in a test roll, and these are my favorites. These are all unedited images. The scratches, vignettes and the colors are all through the lens. I can’t wait to shoot another roll!

All photographs shot on Kodak Duaflex III / Ektar 100 film. Shot of the camera taken by iPhone.

3 Replies to “The Duaflex”